Use it or Lose it. Really.

At one time in my life I was a bit of a fitness celebrity. I wasn’t a household name like Richard Simmons, but I had developed a reputation among fitness professionals across the country and was in demand an on tour as a choreographer and fitness workshop presenter. I won several awards and the American Council on Exercise touted me as being one of the “Top Ten Instructors in the World.” In other words, working out was part of my job, and that meant working out for 10-20 hours a week at a higher than average intensity level. I was fit. Really fit.

Then things changed. Several years ago we moved and for reasons I won’t bore you with, I also moved away from the fitness world. I kept exercising, but out of the spotlight as I decreased my fitness intensity and frequency to more “normal” ranges. You know, 3 times a week or so at a moderate intensity. Sure, I got softer as my muscle tone gradually began to fade, and I started carrying a couple of extra pounds of fat, but that was to be expected. After all, the body gives you back what you put into it. Besides, this was a gradually process. Still, I wasn’t miserable with my physical changes. I mean, after all, I was transitioning from an “athletic” body to a “normal” body, and what was wrong with that?

But I kept thinking about these two people I knew that used to come to my aerobics classes (when I was in my 30’s). They were husband and wife, and they never missed my classes. They came to my gym 4 days a week and kept up with me, matching my intensity. On the off days, they would walk and hike together. Neither of them took any medications, they were both lean (in a healthy way) and they both had visible muscle tone, AND they were both in their LATE 60’s! So did they just have magical bodies that transcended the “normal” degradation process we all expect past 40 or was something else at play here? I also took a minute to contemplate what the younger me would have said to the current, older me. Would I have been understanding or even sympathetic to some of the physical challenges I went through? Would I have just agreed that it’s just not the same past 40?

When I thought about how this conversation would have been between myself and the younger me, I started to laugh. In this moment of pure self honesty, I realized that the younger me would have listened to my reasons and my rationale for my current body, and would have looked me straight in the eyes and said, “That’s bull%$#&. Those aren’t reasons, those are excuses.” The thing is, the current me wouldn’t have been able to argue my defense. There was the truth. My reasons were actually excuses. That was honest.

I had been slowly losing ground because I was doing less. I was getting less from my body, because I was giving it less, and THAT was the simple truth. I mean, with the body, it’s a simple equation of you get what you give.

I decided I needed to change. After being brutally honest with myself that my “reasons” were actually “excuses” , I decided to gradually start reversing this trend I was in. I increased my workout days. I increased the duration, and most importantly, I increased the intensity. I had to remind myself that the younger me didn’t like higher intensity workouts either but did them anyway!

I had to tell remind myself during my workouts to stop making excuses and just do it. I’ve been treating my body like I used to treat it, and sure enough, my body’s starting to respond to me like it used to… stronger, faster, more flexible, more capable, more able.

Yes, I use common sense. I don’t plan on having the exact same body I did when I worked out 10-20 hours a week, because I’m not going to spend that amount of time on it, however, I will definitely have the body I am honestly happy with, at my current age! I pay close attention to joint pain and quickly adjust my movements to keep my body safe (but the younger me was smart like that too), but I’ve stopped making excuses. I’m increasing my intensity week after week and I’m feeling better and better. I’m allowing my body to function at it’s true, honest capacity instead of making excuses as to why I can’t or comparing myself to what is “normal”.

"Normal" doesn’t matter. What matters is how YOU feel with YOUR body and then GET OUT OF YOUR WAY. Listen to yourself closely. Are you making excuses? Work with your body and move it (literally) to a place to where you are living up to your true and honest capability and capacity.

Use it or lose it. Really. Honestly. 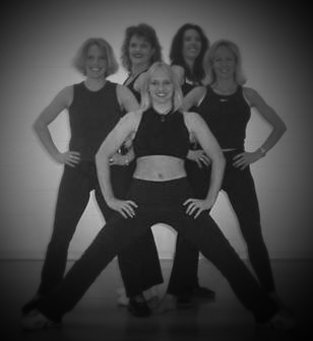 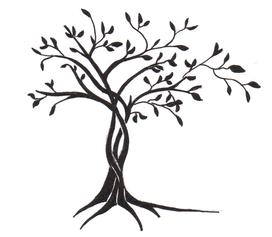