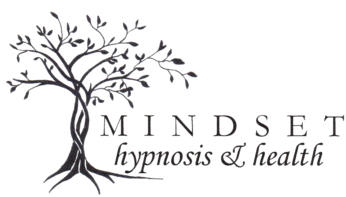 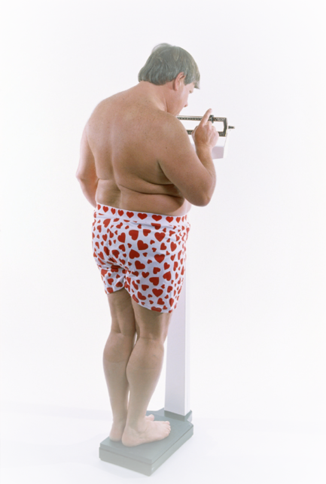 To Weigh or Not to Weigh?

It happens to all of us that own a scale. We hop on it, expecting to see good numbers as a reward for our recent good behaviors, and the scale betrays us!  It taunts our efforts of exercising and eating salads! It’s frustrating!

The scale can be a source of inspiration or discouragement, on any given day, with seemingly little rhyme or reason behind the numbers at times, and yet it remains a constant tool to measure whether or not we are fat, skinny, or just right. But is it accurate? Well, sort of.

For starters, you need to determine whether or not your scale is weighing correctly. Make sure that it’s on a solid surface rather than carpet. If a digital scale has been recently moved, even an inch, it can throw its calibration off, so ignore the first reading if it was moved.  To give your scale a quick test, weigh yourself 3 times in a row. You should get the same numbers. If not, try changing the batteries if applicable, or recalibrating. If you still get mismatched numbers, you probably need a new scale.  Repeat this test with any new scale you purchase.  Take it back for a refund if it doesn’t pass your accuracy test. Just because it’s new, doesn’t make it better.

Once you have your properly working scale, either kick it off to the corner of your bathroom to be ignored or make a commitment to weigh every single day and record your weight. Hit-and-miss weigh-ins don’t provide you with the information that you need. Unsystematic weighing tells you very little with anything less than 10 pound increments, and if you gain or lose 10 pounds, your clothes will point that out to you anyway.  In other words, you don’t need the scale to tell you whether you are gaining or losing.  Now, if you are the type of person who really wants to weigh yourself, then fully commit, but understand what you are weighing first. Aren’t we measuring how fat or skinny we are?  Nope. Not necessarily.

Technically, the scale is measuring your gravitational pull on the planet Earth. It’s measuring everything you put on it at one time…your clothes, your fat, your muscles, your bones, your hair,  your organs, what’s inside your organs, even what’s going on at a cellular level…everything.  Part of what it’s weighing isn’t even you! Ah ha! Does this explain the mystery of those wildly fluctuating numbers? Does this explain why one day you weigh one thing and the next day it’s a few pounds higher or lower which may be in total conflict with what you thought it would be?  Actually, yes.

Understand that the scale is weighing the whole package. If you are properly hydrated or dehydrated you will get a different number.  If you have undigested food in your body, the scale is measuring that too, and you will get number fluctuations based on that. Obviously, external factors such as shoes and clothing will change numbers too.  None of those things are actually you, and it’s these types of factors that cause the most random fluctuations, but we can minimize them by following these 3 steps.

Step 1:  Weigh naked! (Okay, you can keep your socks on if you must, but naked is best).

Step 2:  Weigh first thing in the morning…AFTER you pee…and BEFORE you eat or drink anything.

Step 3:  Record your weight. Write it down or get on app for your phone, whatever… just record it.

Why record it? Because you will STILL get fluctuations, but recording it helps you to better understand the difference between a normal fluctuation and actual weight gain or loss, as well as provide you with insight to some of your patterns.

For example, if you notice that around the weekends your weight trends up, then that may indicate that there are some weekend choices that might be hindering you.

As far as understanding a fluctuation vs. a real change, here’s how to do it:

Record your weight every day.

At the end of 7 days, add all the numbers up and divide by 7 to get your average weight.

Repeat the next week.

Now we have data to compare! Compare the differences between the week one average vs. the week two average.

By calculating averages, we are taking into consideration the fluctuations of hydration and digestion levels, which then gives us an overall more accurate picture of whether or not we are actually losing or gaining weight. If we just compared one day to another, it would be easy to be either falsely encouraged or discouraged, because it’s far more likely for our numbers to be “off”.

So now that we’ve cleared up the accuracy issues it’s important to note that ideally, the scale is only one method that you use to monitor your progress. Because even when it’s as accurate as possible, it can still give you some confusing numbers as you get healthier. Yes, healthier.

As you incorporate more and more exercise into your lifestyle, your cells do a trade off of sorts. Muscle does not weigh more than fat (a pound of feathers weighs the same as a pound of bricks), but muscle is more dense than fat. In others words, a cubic inch of muscle will weigh more than a cubic inch of fat (and it will look nicer too). This muscle density increase and fat loss can create confusion on the scale!  If we lose a pound of fat and gain a pound of muscle…according to the scale we made no progress, when  we actually made tremendous progress! By losing a pound of fat and gaining a pound of muscle we technically weigh the same but we’ve made some wonderful improvements for the body (increased metabolism, strength, endurance, energy, just to name a few), AND your body will have changed its shape.Which means that your clothes start fitting better and you start feeling better too. All of this, and the scale didn’t even give you a high five.

With that said, it’s also a good idea to check your physical measurements and have your body fat measured every 4-6 weeks or so, in order to have a more well-rounded outlook as to how your body is changing. Again, look at trends here and keep all measuring circumstances as similar as possible to better compare one set of numbers to the previous set.

To weigh or not to weigh? I say, either commit to the process of measuring and weighing or ignore it. Anything in between will probably be more confusing than helpful. Whatever you decide, remember that there’s always the easiest way to measure. Simply ask yourself a couple of questions:

You can get these answers without any measuring devices at all…and sometimes it’s those pure, honest answers that give you the most valuable information.