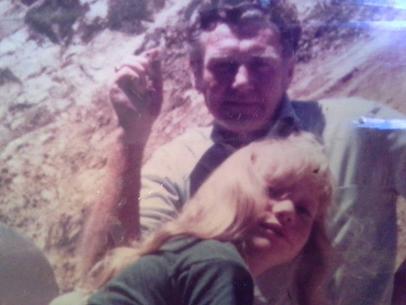 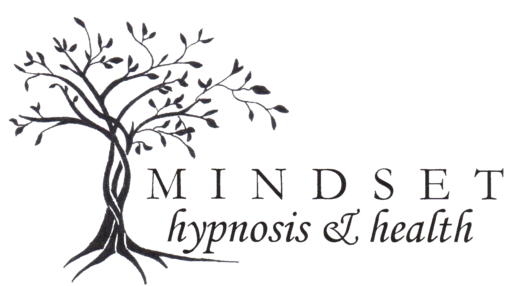 A message from Dr. Kaylan:
Sometimes when I talk with people who want to quit smoking, they want to know if I can understand what they are going through, so they ask me if I've ever smoked. The answer is, "No, I have not."  You see, smoking caused a permanent scar in my family when I was 12 years old when my father died complications stemming from lung cancer. I learned through harsh observation why not to smoke. Year after year, my life and the lives of my children have been affected by the absence that was created due to smoking.

I remember looking up at my dad and thinking that he was the biggest man in the world. He wasn't, but from my perspective he was a giant. He was six feet tall and carried a body that was accustomed to work. He had been a boxer in his youth and you could tell just by looking at his strong arms that his punches must have hurt. He had this sly, relaxed grin and a head of thick, dark, wavy hair. He was proud and determined Irishman. He was almost 50 when I was born but his age only seemed to add to his stature. My dad was a mountain.

Daddy called me into the kitchen one day because he wanted to talk. He loved to tell stories about what it was like when he was a kid, and he always tried to pass on bits of his acquired wisdom. Many times I sat listening to him talk while I admired the swirls of cigarette smoke turning circles above his head. As with all of our talks, I eagerly climbed up on his lap and he wrapped one of his big arms around me. This time I noticed that something was wrong. It wasn't the seriousness that crossed his face that caused me to worry, for Daddy was often serious, it was the fresh pink scar on his neck that was magnified by hateful black stitches. "What's that Daddy?” I asked.

For the next several minutes, my father calmly told me how the doctor had to take a look inside to confirm that he had lung cancer. He told me fighting cancer was just like any other fight, and he wasn't one to give up. He reassured me with his usual grin, and our conversation was over.    About a month later we had another father-daughter talk at our usual spot, the kitchen table. As always, I sat on his lap. I hadn't thought much about Daddy's cancer since our last talk because everyone seemed to be going about business as usual. However, when I looked into his face, I could tell right away that the cancer had not simply disappeared. I looked hard at him in the face. I noticed that the crow’s feet around his eyes, what he called "wisdom lines,” looked deeper. He looked like he hadn't slept in ages and he slumped a little in his chair, not at all like my dad. He showed me how the hair on his chest had started to fall out because they were giving him radiation and chemotherapy. I gingerly touched his chest and he put his big hand over mine and told me not to worry. "Hair grows back," he said, "besides, it's helping me fight the cancer." He gave me a quick squeeze and sent me on my way.

Two months later, we were all sitting around waiting to eat dinner, way too late, on Thanksgiving. We were waiting for Daddy to come home. He had been gone much too long and nobody knew where he was. Nobody really cared about the holiday. The house was full of people but nobody said a word. The foods for the feast had no aroma, and we had no appetite to indulge. Someone tried to change the mood by suggesting that we take a family photo. I still have that picture. A picture of people slumped in their chairs with their unsmiling faces, a picture without my dad in it. We finally ate in silence and the dishes were unceremoniously taken care of.

Daddy finally came home late that night, dripping from the cold November rain. He had gone out to have a drink with his visiting adult sons. They had suggested drinks before dinner. It's rare for an Irishman to turn down a drink and my dad was certainly no exception. Besides, he was celebrating his reunion with his sons and attempting to repair the strained relationship they had. Unfortunately, my half-brothers had something else on their minds besides reconciliation. Whether for inheritance money or vindictiveness, the result was the same. They took their own father out into the cold wet hills and dumped him. Daddy had to walk miles to get back into town and arrived shivering on our doorstep in the deep of the night. Daddy had made it home. His sons had left town. As a result of this event, my dad got pneumonia, and his weakened immune system quickly began losing the battle as the cancer mercilessly ravaged his body.

I can't remember ever seeing my dad on his own two feet again, except when he came out of his room to have his picture taken with me on Christmas morning, another picture that tells a tale. He stayed alone in a bed in my brother's old room. For whatever reasons, I wasn't allowed to see him much. Either he was resting or he was so sick that he couldn't bear to be seen. Regardless, I crept in one time to read him a story. I had found a story about a king who was sick but got better in order to defend his kingdom. I thought that the story might encourage my dad to get better, but he couldn't stay awake long enough to hear the ending. The mountain was crumbling.

Candles burned everywhere at my house. Although it was the holiday season, the candles weren't there for decoration. They were there to mask the odor that came from the room, the distinct indescribable smell of bile, rot, and impending death. Even the Christmas tree seemed gray.

In the middle of a January night, I was awakened by the noise of strangers and my mom's frantic voice. My mom had desperately called an ambulance. My dad feared and hated hospitals but my mom had reached the point of exhaustion. When my dad had started coughing up pieces of his own lungs, my mom couldn't bear his suffering anymore.  I stood in the doorway of my bedroom and looked down the hall at my dad struggling to get off the stretcher that these strangers had put him on. I looked at my mom crying helplessly with her swollen red eyes. It was all so confusing. My dad lifted his hand and looked pleadingly at me for the last time as they wheeled him away. I never saw him again. The mountain was gone.

You never stop missing the people in your life who are taken away from you much too early. If someone important in your life smokes, please pass this on to them, and let them know that you’d like to have them around for as long as possible. If you smoke, please realize that smoking has a rippling effect, and impacts the people you love for generations. There will never be another you.